Matt Gibson Architecture + Design is an award-winning Melbourne-based studio of architects and interior designers that spearheaded the design of a film production studio that offer motion graphic, post production and audio mixing services called Compulsive Productions based in Australia.

Drawing inspiration from the company’s fascination of vintage cameras, the warehouse space was transformed into a modern, geometrically inspired design. The warehouse’s huge and existing exposed industrial nature served as a backdrop for the series of high-tech ply-clad acoustically lined plywood pods which are called “The futuristic pods” line with the concept of mimicking a camera barrel, while fractal patterns that resemble the aperture blades of a camera are being carried on the design concept throughout the entire workspace.

During the day, the office hustles and bustles in bright light coming from huge windows with formal and informal seating and couches accessible for the employees while maintaining a comfort level required specially for the often long time editing sessions.

The idea of co-working has been predominant in this day and age, Hence, the brief was to create a studio, gallery and event space with flexibility to house different workplace arrangements. At night, with ability for stage sets and events, the space transforms with low-key lighting and dark reflective surfacing. Little details of the corporate color which is red can be seen on furniture , accessories and even through artwork.

In the spirit of co-working, hot desks that cater to short, medium or long term stayers are accessible to everyone, sub-tenant in another, and a feature editing suite for dry hire. 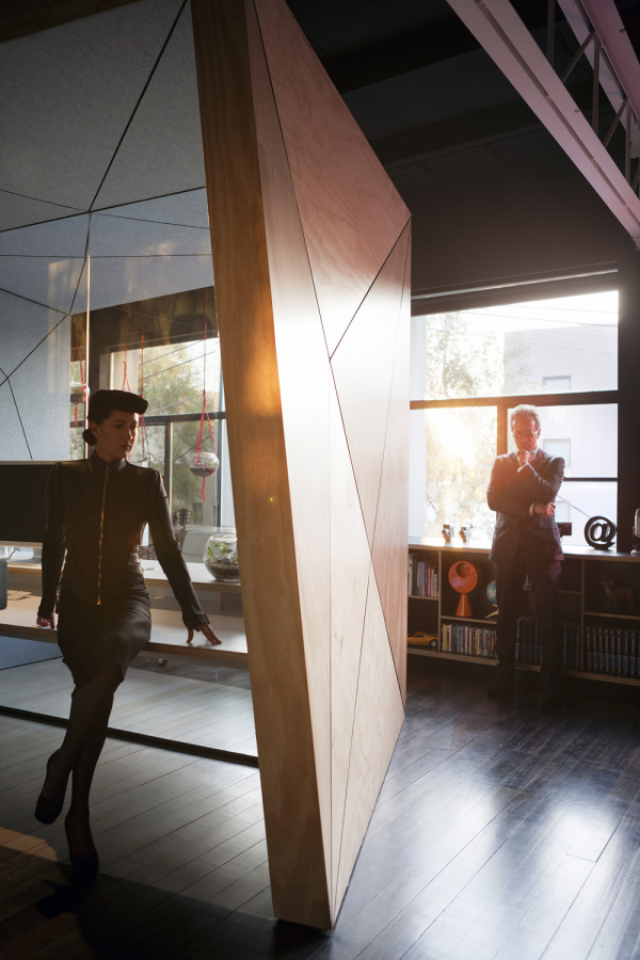 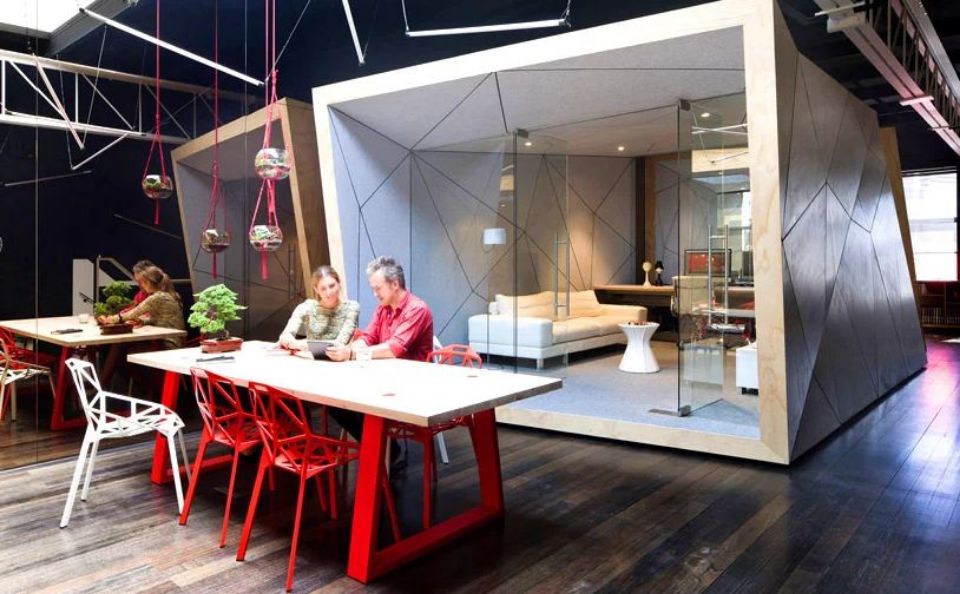 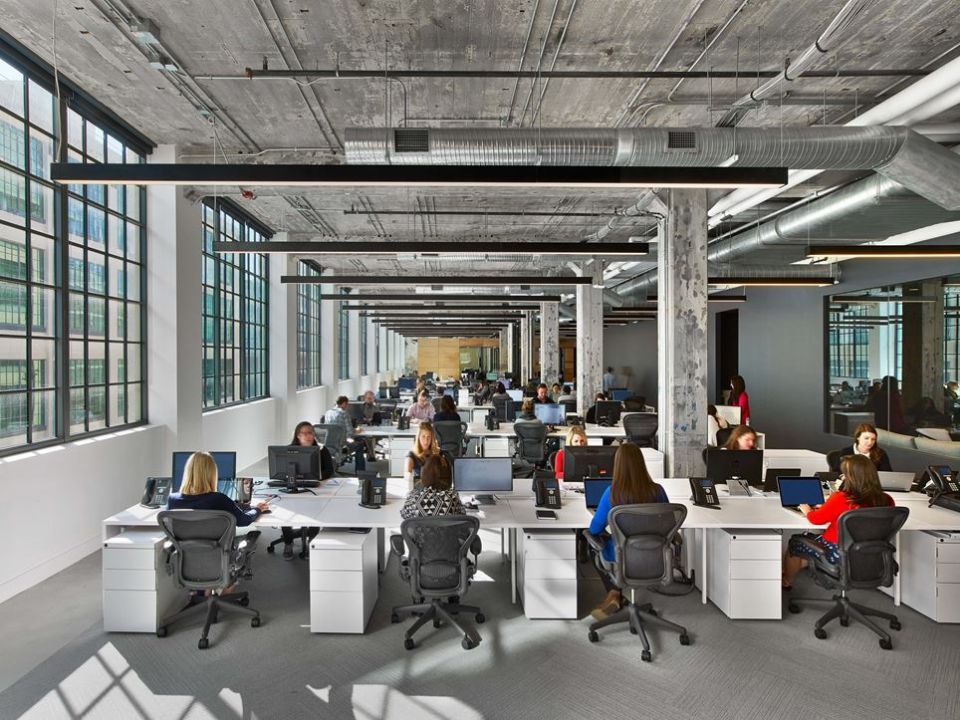 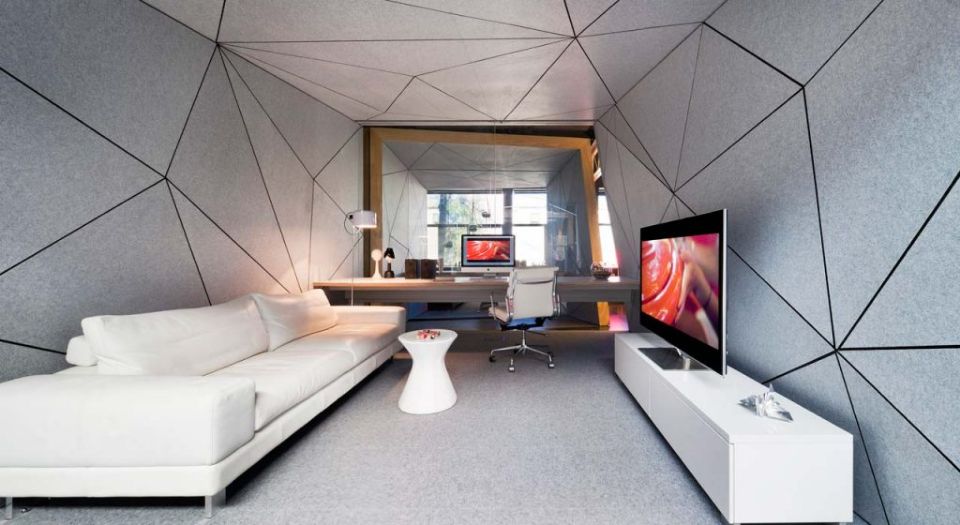 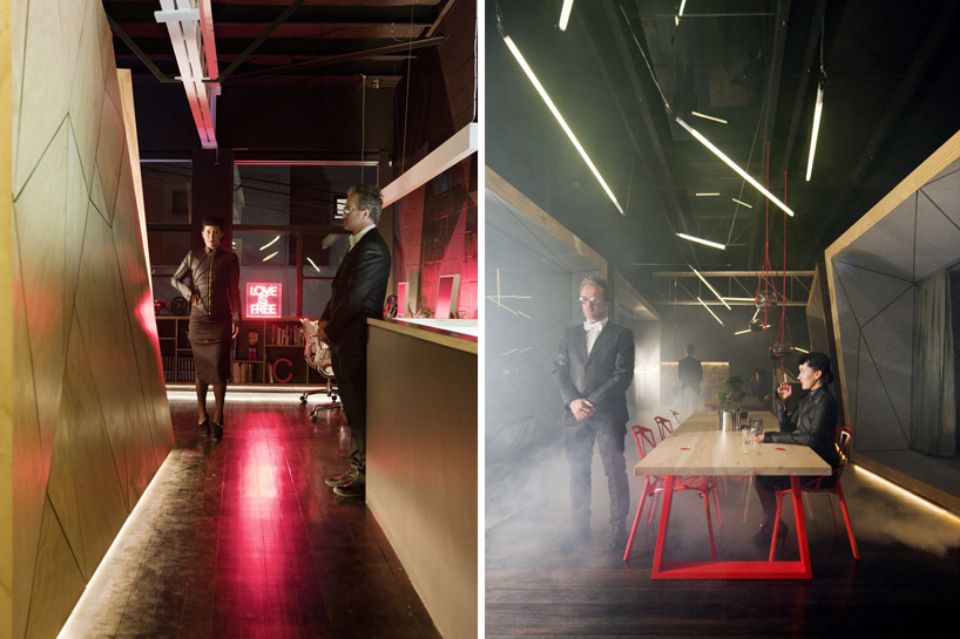 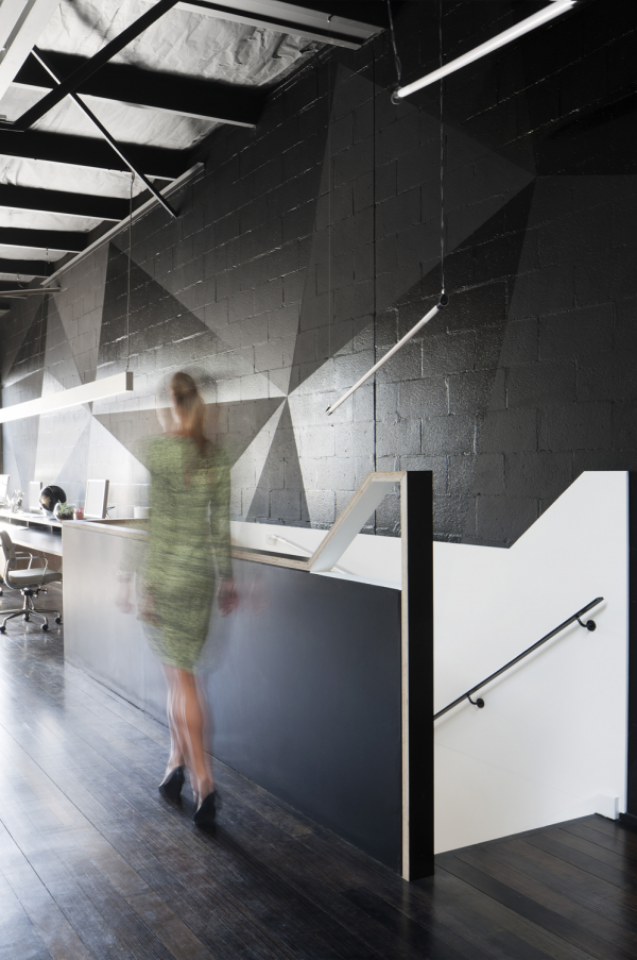