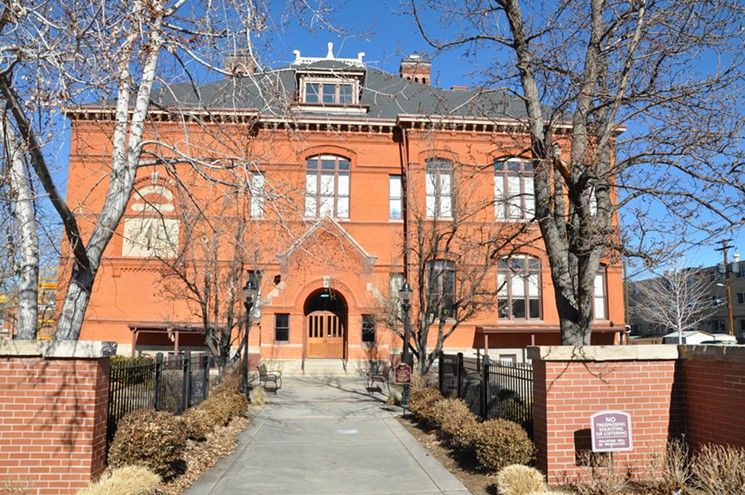 The former Emerson School which is a 20,000-square-foot building located at 1420 Ogden Street in the Capitol Hill neighborhood was donated to the National Trust for Historic Preservation and is now being renovated to restore and preserve the building’s rich history.

The school’s history traces back to 1885 where it was built making Emerson the oldest remaining elementary school building in Denver. The two-story red brick building was designed by Robert Roeschlaub, who is popularly recognized as Colorado’s first master architect who has known to design numerous educational institutions.
For almost 100 years the Emerson School served as a public school for the many before it finally closed in 1979. Aside from the fact that it was the first Denver school to incorporate space for an in-house library, this is also where the first student council was assembled, as well as the first PTA in the Denver district. More interesting fact about this historical building is that the classrooms are still in their original configuration and is now currently being revamped for office space.

Renovations were done through Spectrum General Contractors and aims to do a sustainable and more energy-efficient renovation that included reducing heating and cooling needs through installation of a new HVAC system; electrical consumption has also been in mind and is now being reduced through the use of high-efficiency light fixtures and installing solar panels; energy waste is also a priority in mind and has been addressed by super-insulating the roof and through repairs in tightening doors and windows.

The renovation has already wrapped up and the building is now called as the Frank B. McGlone Center.
14 November, 2018
By donlim77 In Blog
Phone +65 6566 7786
Email enquiry@renovator.com.sg