Yerevan is the capital and largest city of Armenia as well as one of the world’s oldest continuously inhabited cities. With the growth of the Armenian economy, Yerevan has undergone major transformation. Much construction has been done throughout the city since the early 2000s, and retail outlets such as restaurants, shops, and street cafés, which were rare during Soviet times, have multiplied and Armenia’s intensively growing IT community is no exception!

The challenge for the architects was to create an open workspace for up to 30 employees with only 177 square meters. Aside from the work area, a lounge zone, a small kitchen and a meeting room were also on the list.

Magenta colored Meeting room – the only physical volume in the interior.

snkh studio were tasked to design the space and decided to keep the current area as is without any divisions/partitions separating the functional zones and used optical barriers as an approach to the challenge by playing with bright colors and geometrical shapes that brings the office space to life. 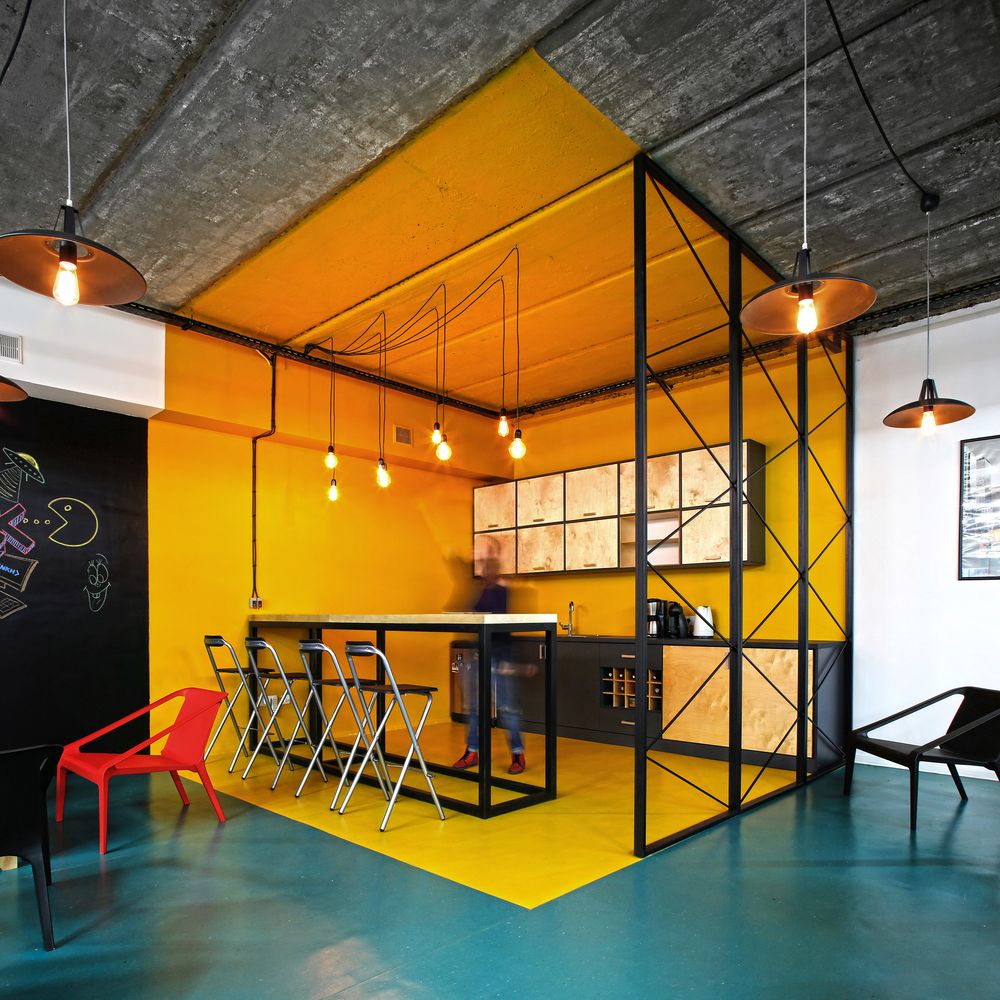 Bright Yellow color is used to indicate the Kitchen area

Minimal lighting was chosen by the architects for the space, using cross-like 1.5m long LED tubes scattered on the space that somewhat interconnect with the interiors.